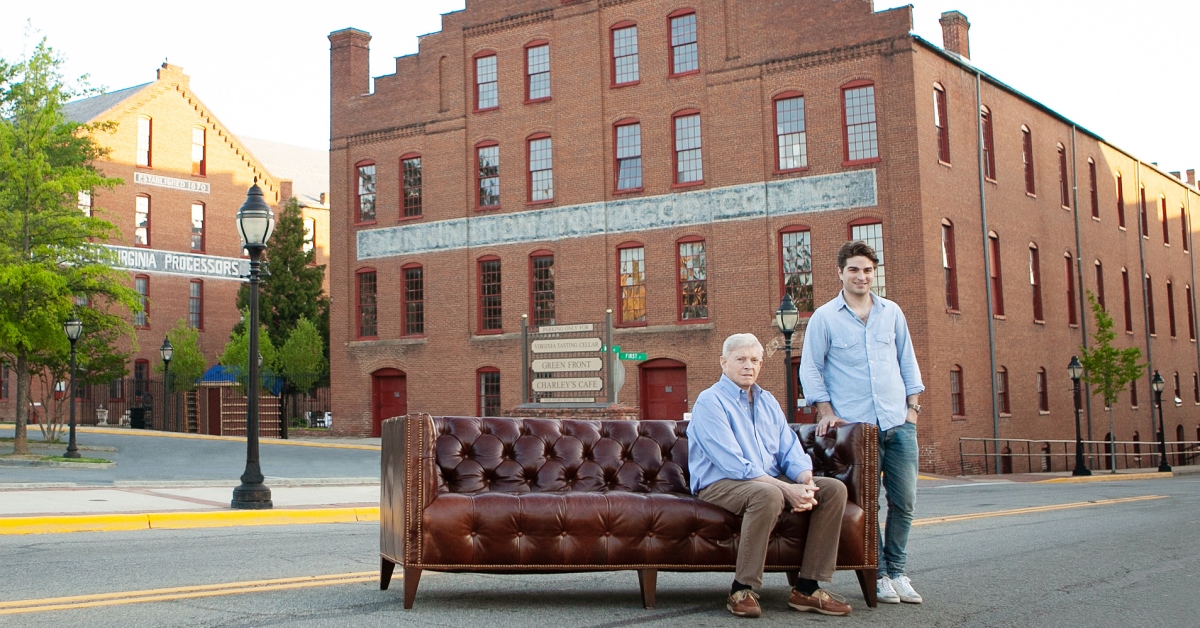 Green Front Furniture has been named to Furniture Today’s U.S. ranking of top 100 furniture stores. The family-owned and operated company with one of the largest oriental rug collections on the East Coast joins a list of internationally recognized brands in furniture and home decor.

“It’s an honor to be back on this list of top-tier names in the furniture industry,” says Richard F. “Den” Cralle, III, shareholder and son of founder Richard F. Cralle Jr.  “Our fantastic employees, together with furniture manufacturers from around the globe, helped us achieve this distinction [of being named a top 100 furniture store]. Green Front’s cult following is a testament to my father’s hardwork and ahead-of-his-time vision in providing experiential shopping, but ultimately, we have our customers to thank for this distinction.”

Furniture Today bases its ranking on sales data from the previous calendar year. Stores must specialize in home furnishings in order to qualify, and sales from furniture, bedding and accessories must account for 25 percent or more of total sales, with at least 25 percent of those sales coming from brick-and-mortar stores.

“We are excited to be a part of the renaissance of Downtown Farmville.” said Cralle. “New customers and repeat buyers are spending more time within walking distance of our showrooms, at the brewery, boutique hotel, rooftop bar and dining establishments.”

Although Green Front has always had a vibrant word-of-mouth following, its new online marketing initiatives via social media channels and website have been well received and have increased awareness and sales to younger markets.

Green Front Furniture is known for bringing a spirit of adventure to its in-person shopping experience which can be overwhelming for the uninitiated. The Farmville location is comprised of Green Front Furniture and Green Front Accessories, Inc. and is a series of rustic tobacco warehouses and converted department stores totaling more than 900,000 square feet of selling space, while the Manassas, Virginia,  and Raleigh, North Carolina, stores have a combined showroom square footage of approximately 135,000 square feet. Across the three locations, the company carries traditional, transitional and modern home furnishings as well as eclectic treasures from around the world.

Green Front Furniture provides the thrill of the hunt to seekers of contemporary furniture and accents across three locations in Virginia and North Carolina. Founded in 1968, the family owned and operated company has become renowned for traveling the globe and creating relationships with suppliers from North Carolina to Indonesia so that it can offer low prices on the highest-quality rugs, furnishings, and home decor. The company’s flagship location in Farmville, Virginia offers over 900,000 square feet of showroom space across twelve buildings, many of which are restored tobacco warehouses. Green Front also has furniture stores in Manassas, VA and Raleigh, NC. For more information on our top 100 furniture store, please visit greenfront.com or connect with Green Front Furniture on Facebook, Twitter, Pinterest, YouTube and Instagram.