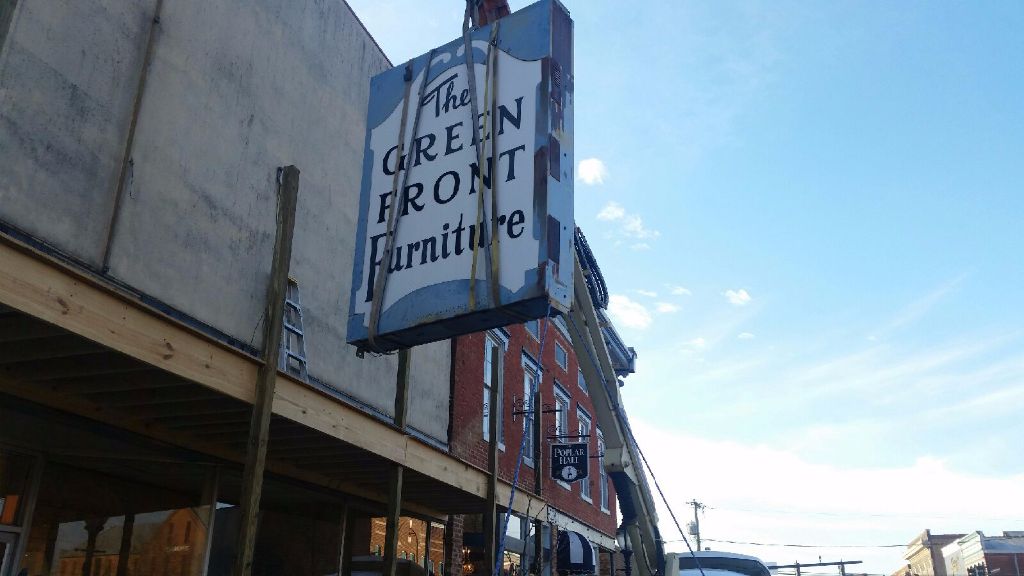 In the beginning, there was Building One at Green Front Furniture.

It is the place where Green Front Furniture came into its own.

While the four large, brick tobacco warehouses fronting the Appomattox River have come to symbolize Green Front over the years, Building One was where it all started.

It was the first jewel of Green Front Furniture, the first Crallé-owned property exclusively devoted to furniture. (Find out what the Crallé’s sold first and how Green Front got its name here.)

Richard “Dickie” Crallé bought Building One in the 1960s. It was over 100 years old at the time and had been the Spotless Hardware Store. It was Dickie’s first independent venture, one which he undertook while also running the Red Lion Bar across the street.

Although the building has been modernized in the 50s and 60s, it is ready for a complete facelift.

“Building One is the first building many people visit,” says Dickie’s son, Richard “Den” Crallé III, who is taking on the family business. “It has to make an impression. I think that after this restoration, it will.”

The entire front of the building has been stripped and is being renovated by master-artisan Al Buczek. He is working meticulously to return the building to its former glory, with a metal and wood facade.

What color will it be? Charleston Green, of course.

The goal of the restoration is to return Building One to its original splendor while adding a few Art Deco design elements.

“We want the front of Building One to be striking, monolithic,” says Den. “We want customers to know when they walk in, they are going somewhere special.”

The restoration of the facade is expected to be completed mid-May. Interior renovations, such as the renovation of the rummage room, pictured below, are ongoing. 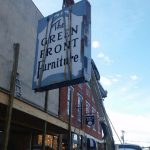