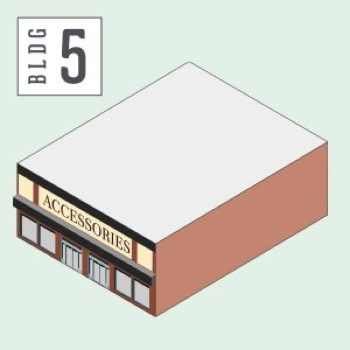 In the mid 1950’s, there were three storefronts where this one building is now. In one of the stores, Dickie Cralle’s father opened a grocery store, Green Front Grocery, which specialized in meats.  Soon thereafter, one of the adjacent stores became available and Mr. Cralle bought it, deciding to sell furniture.  This is where Green Front began.

Later in the mid 1960’s, Mr. Cralle sold the buildings to Leggett’s and moved up the street to Building#1, where Green Front’s main store is now. Leggett’s later tore down these three storefronts, replacing them with a more modern building. But in the early 80’s, Leggett’s moved out to a shopping center on the outskirts of town, as most downtown businesses did, and Green Front was able to purchase the building and expand into the accessory market. Green Front Accessories was born.

**The Christmas Room is now open!**