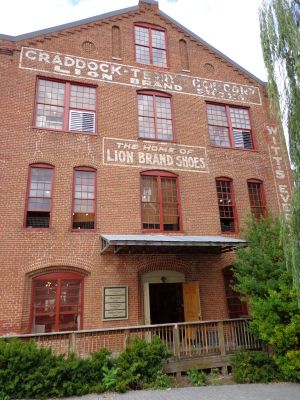 This beautiful renovated warehouse, the “Queen of the Fleet” as Green Front owner Dickie Cralle likes to call it, sits beside the new High Bridge Trail State Park, the longest recreational bridge in Virginia and originally built in 1853. Originally a tobacco warehouse, it was better known later as the Craddock-Terry Shoe Factory.

After WWII there was a shortage of building materials, and Motley Construction was granted permission to use the bricks from the High Bridge piers (which were in neglectful disrepair) for various projects around Farmville, one of them being the addition to the Craddock-Terry Building.

This picture of High Bridge in 1865 shows the actual piers that the bricks came from:

This picture of shows the bricks in the back half of Building 10: 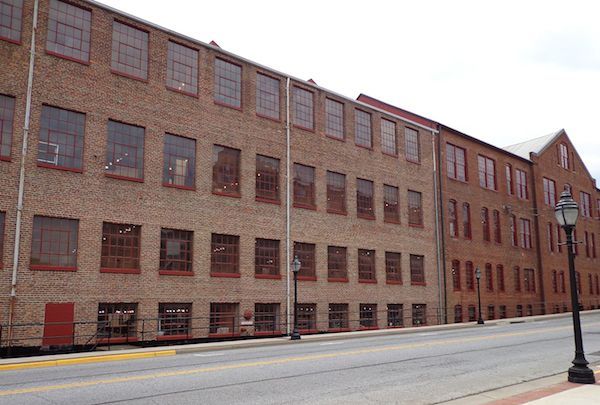 Building #10 is currently bursting with market samples from the show at High Point, NC. Green Front buys many of the manufacturer floor samples, passing the savings on to customers.