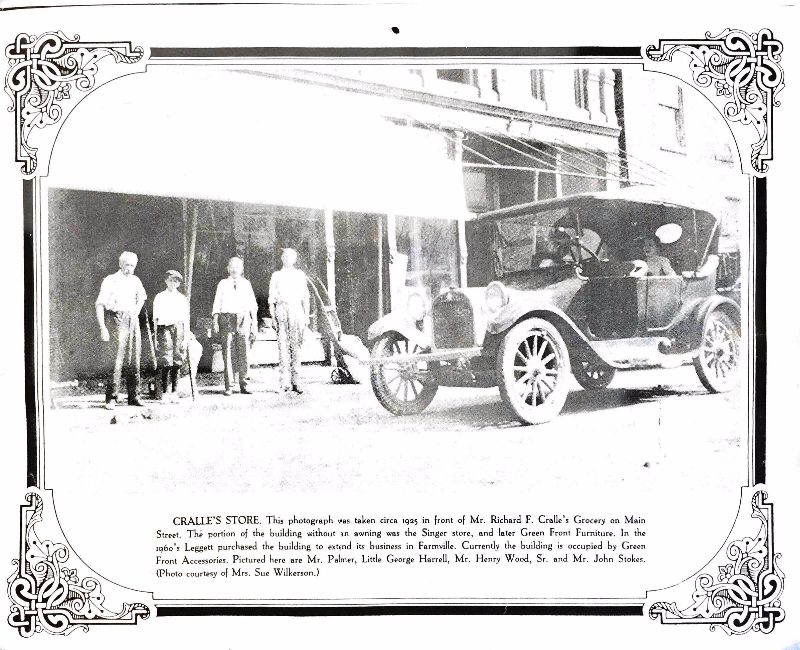 Did you know Green Front started as a grocery store?

Salt, produce, everything was sold by the pound. Except for beans, beans were sold by the scoop. Richard Crallé Sr. owned the shop on Farmville’s Main Street. He eventually purchased the grocery store next door which was owned by the Hillsman family: Green Front Grocery.

Lettuce, cabbage and other greens were put in the front window, thus the name.

Despite the change in ownership “Green Front” stuck, even after Richard bought an adjoining building and stocked it with inexpensive and promotional furniture.

Richard’s son, Dickie, worked there during high school. He remembers collecting payments of $4 or $5 and making local furniture deliveries around Farmville. He also began installing wall-to-wall carpet on the side.

After a while, the Crallés sold the two adjoining buildings and moved to where Spotless Hardware had been located. It was one block closer to the Appomattox River and would become known as Building One.

From a storefront filled with fresh produce to acres of unique furniture, rugs and accessories, the journey of this Farmville institution has always reflected its ability to adapt to the community’s changing needs.